Once Upon a Time there was a little boy...

One Upon a Time there lived a little boy... 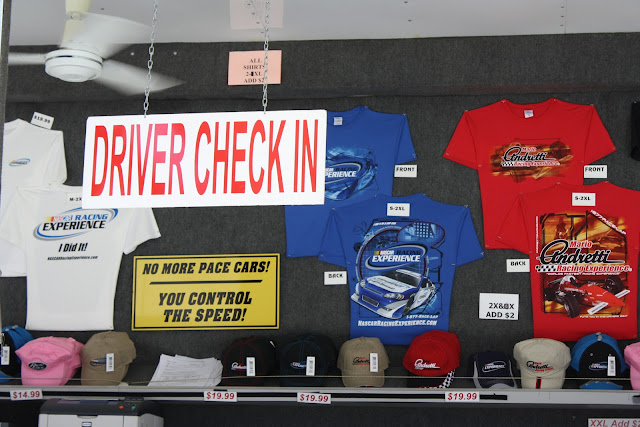 who grew up to be an amazing (and very handsome) husband, Daddy and friend. 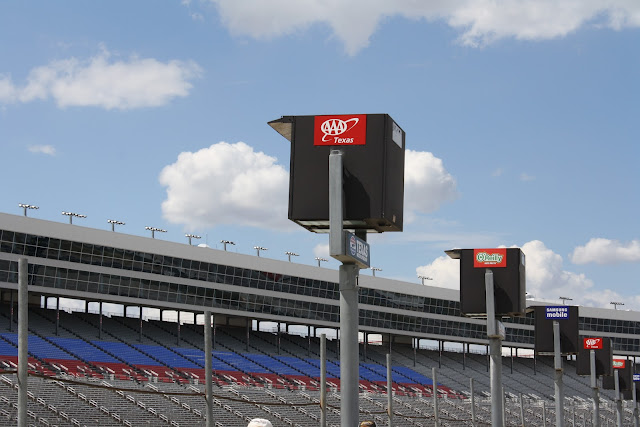 He indulged his wife and daughters and was such a good sport when it came to shopping, movies and everything "girly". 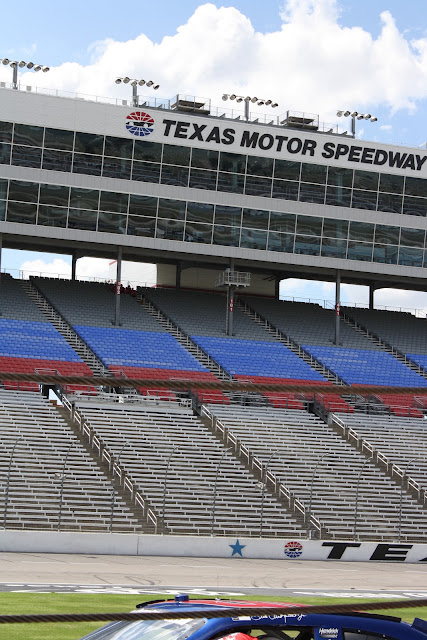 His wife thought and thought about something that would really make her husband smile.  It was their anniversary and she wanted more than anything to surprise her best friend. 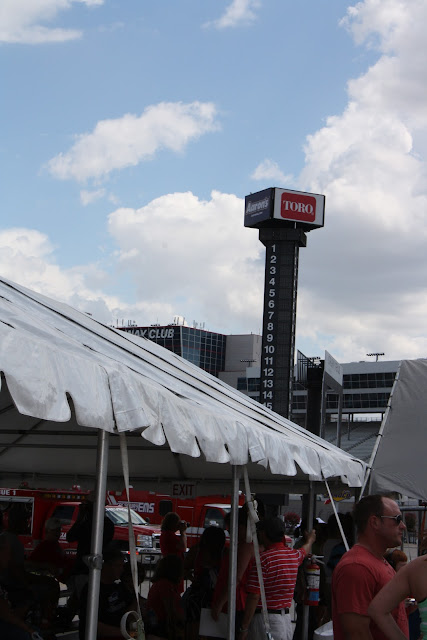 Searching on the internet one evening she stumbled upon The Mario Andretti Racing Experience. 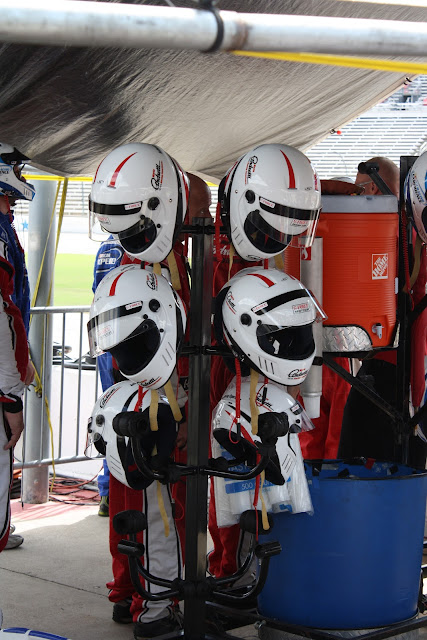 That's it!  A chance to drive an Indy car- SOLO! 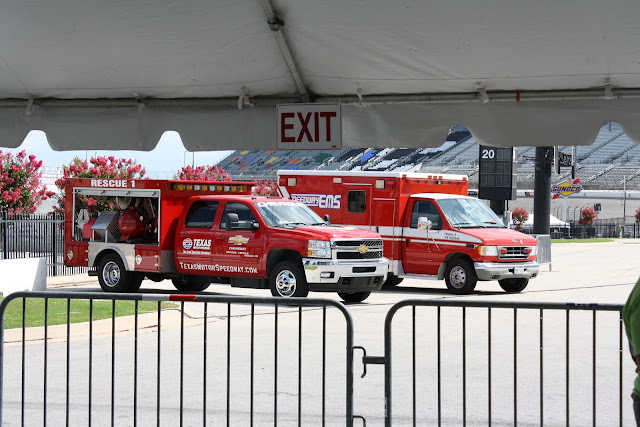 My husband was thrilled!  I had no idea how excited he would be!  Reservations were made and the plans were set. 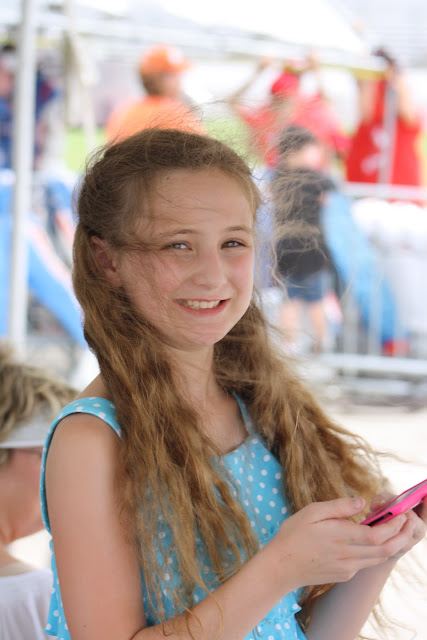 Last month we headed to Dallas to make this dream a reality. 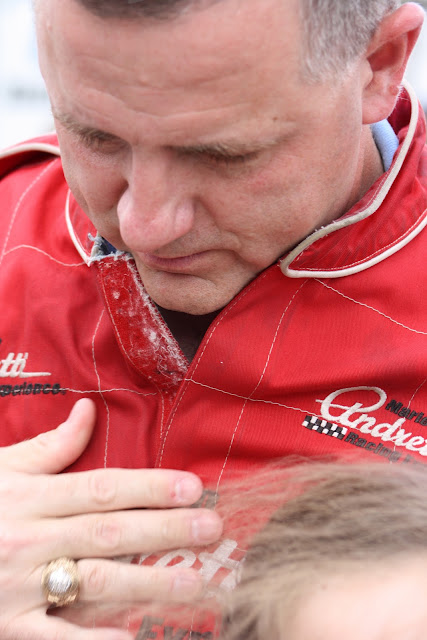 The men (and a few women) suited up and went to class! 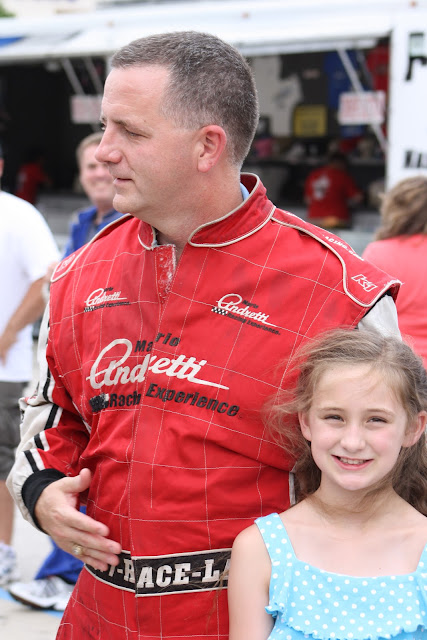 It's the real deal so I was a bit worried, let me tell you.  No hand holding here.  Which makes the drive all that more thrilling- if you survive! ;) 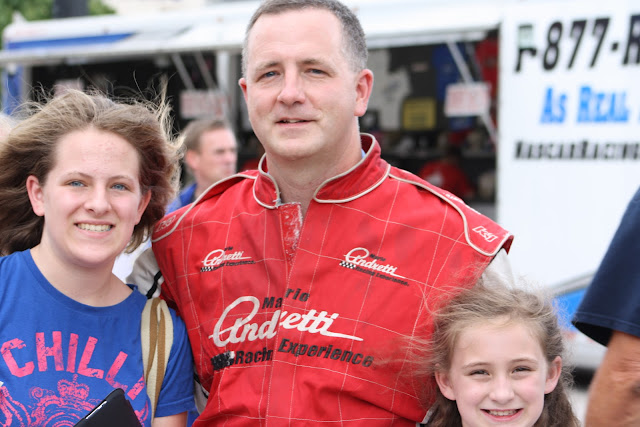 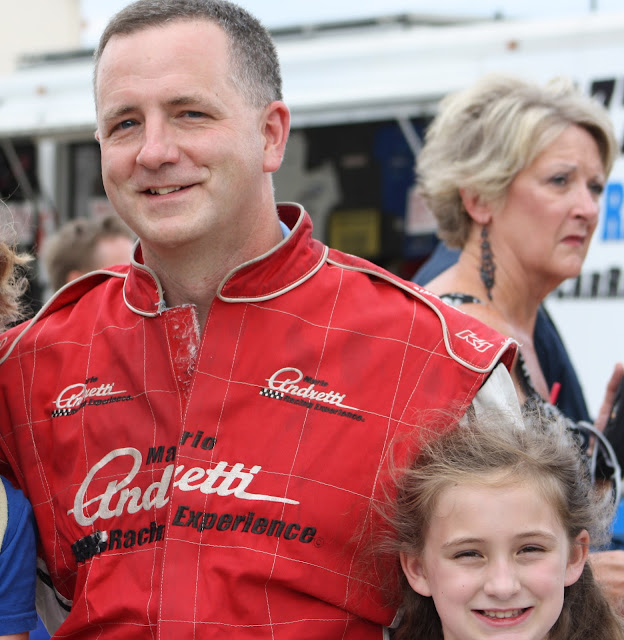 It was HOT, but there was a nice breeze blowing. 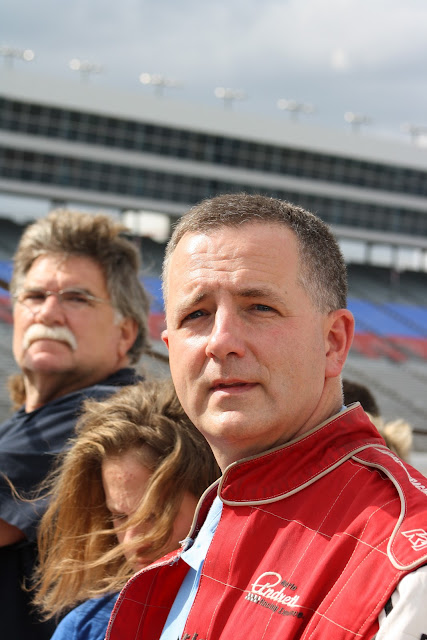 I'm not normally a "car" person but there was electricity in the air there!  All the people gathered were having dreams come to life and I was excited for them.  Kind of like Disney for men.;) 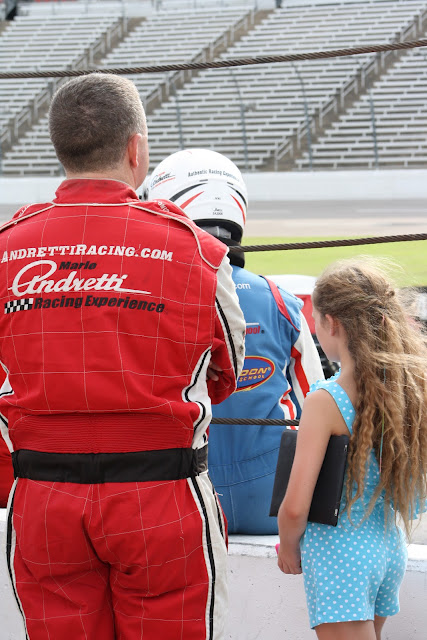 We watched and waited... 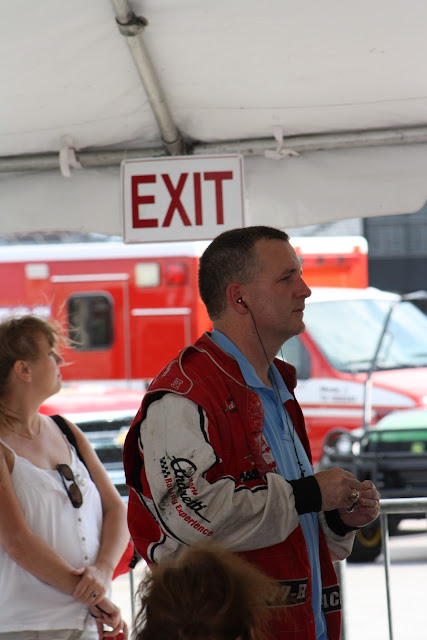 My husband did get a bit nervous!  It added to the experience, don't you think? 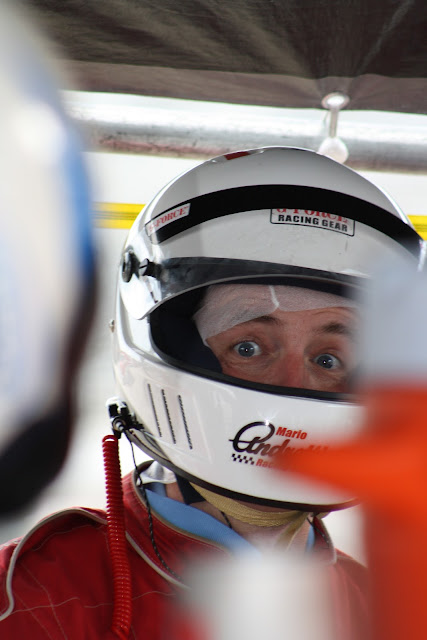 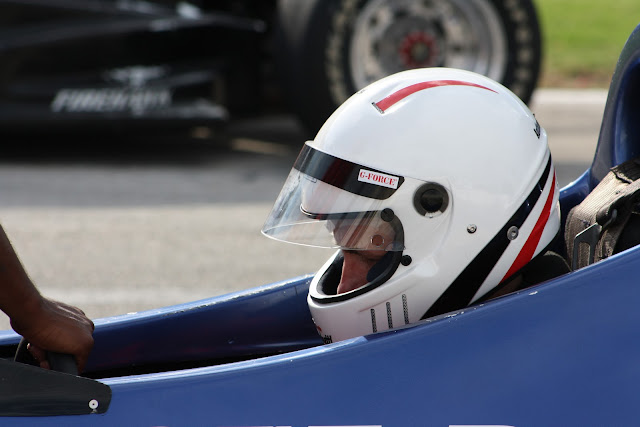 and he was in his car!  (I was praying very hard he would come back in one piece!) 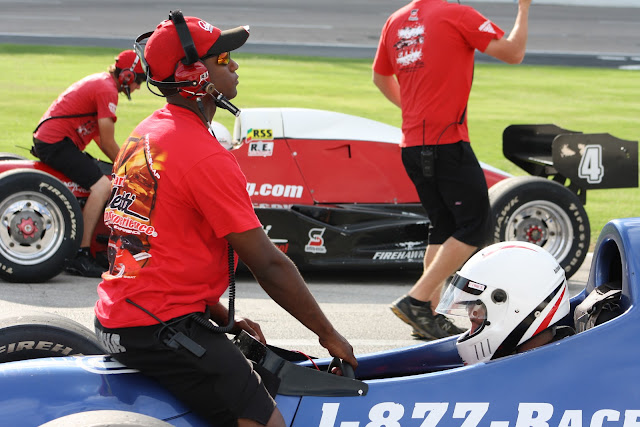 They communicate with you by headset the whole time you are driving.  Very cool. 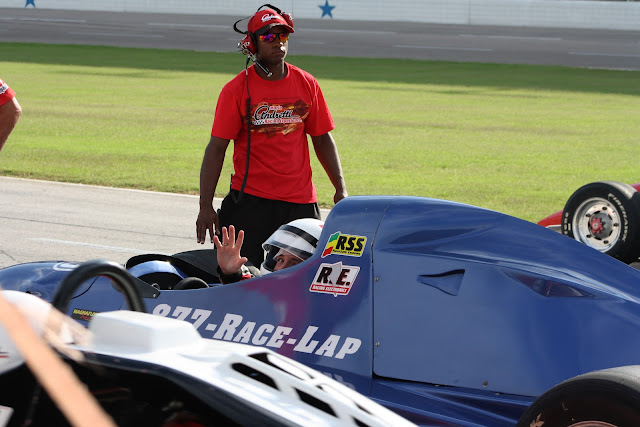 One final wave- he knows how I love pictures. 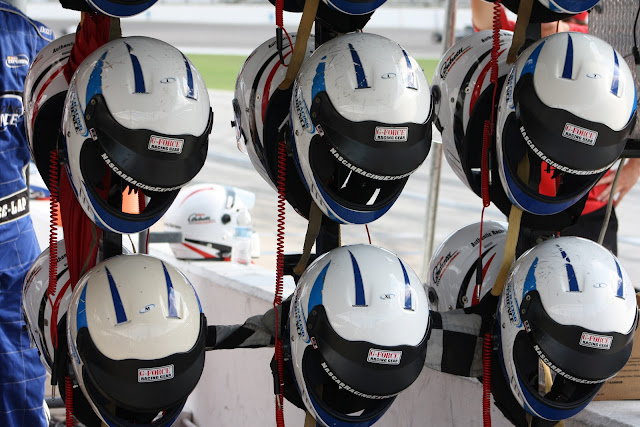 And he was off! 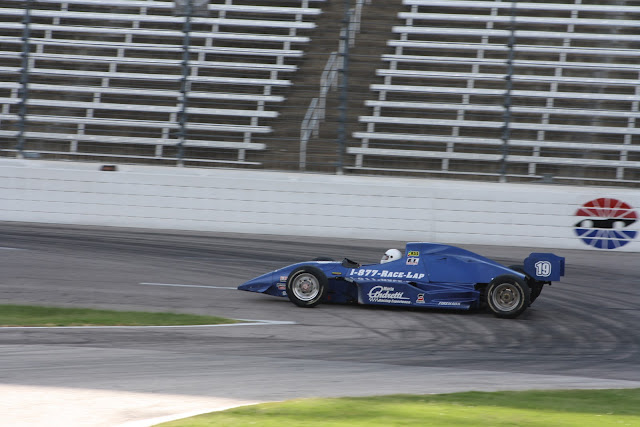 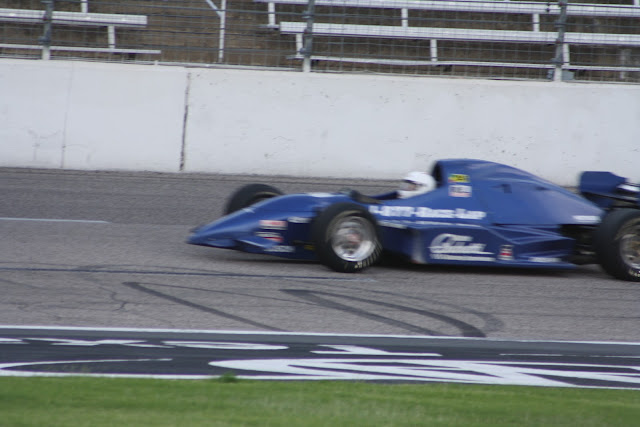 He made it around 7 times before his time was up.  Wow.  (I believe you get 5 minutes racing time in the package but you can purchase additional minutes.) 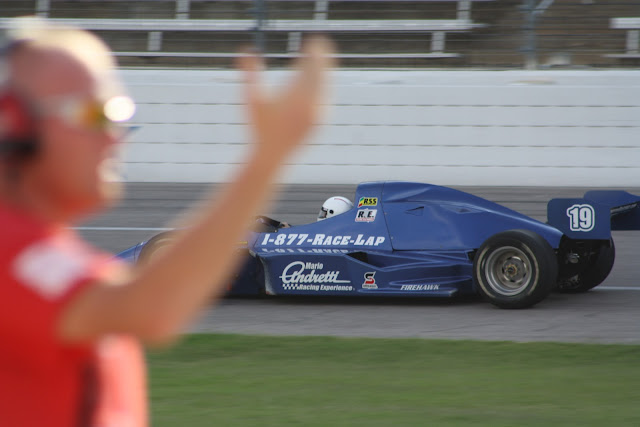 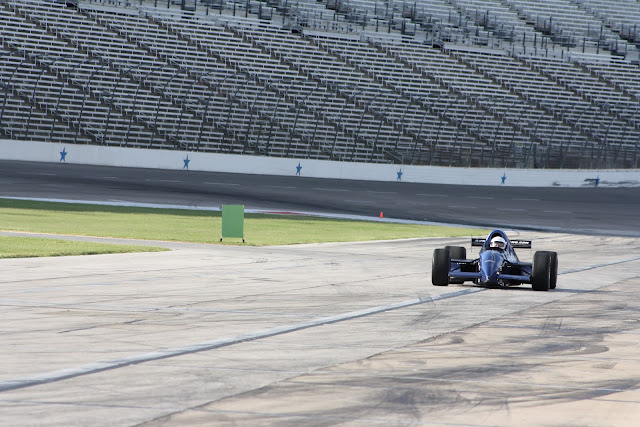 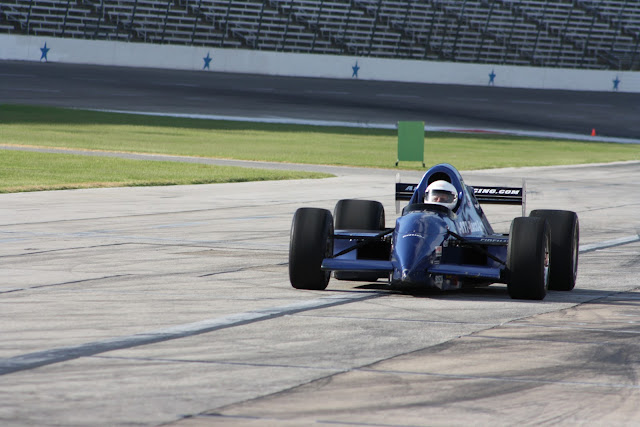 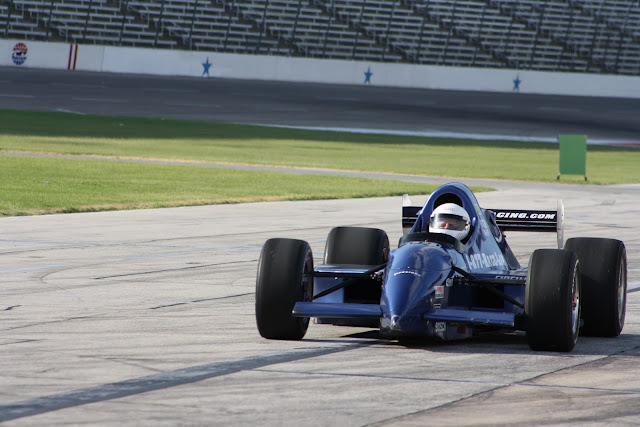 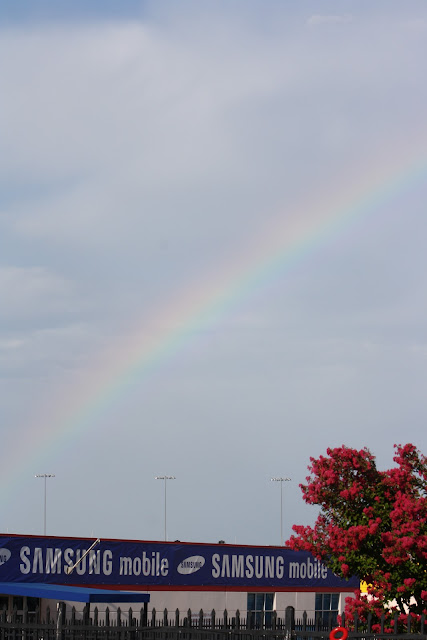 As we left, there was a rainbow in the sky.  Perfect way to end this day.

(He has not stopped thanking me.  Needless to say, we highly recommend it.:))

Posted by mysteryhistorymom at 7:01 AM

Great post! Great Anniversary gift (Happy Anniversary by the way!)! I'm not a 'car' person either, my family down south is BIG into car racing, and I know my Dad and my brothers used to go to the car races out on Long Island when I was little.
Even though I'm not into the car-racing scene I did find this post exciting and I was happy for your husband. That was a wonderful idea!
And that was a wonderful way to end the day with the rainbow! Very pretty photo with the blooming flowers in the picture too.

Thanks for your visits to my blog. I've been here a few times and have tried to leave comments but I keep getting a 'service error' message when I try to publish. I even got that message trying to access your blog this time, but I just kept trying and finally your blog appeared!
I'm hoping this comment goes through because I don't feel like writing it over again! (Sometimes I've tried in the past and I just got the error all over again.)
Love and Prayers,
Eileen

Yippee!! 'Looks like it took this time! Big smile here!

Eileen- I am so sorry you are having such a hard time leaving a comment!:( I wish I knew how to fix that, dear friend. It was such a delight to see your comments today, though! It certainly put a BIG smile on my face!:) Lori

That is about the coolest thing ever! So glad he got to experience that thrill. I was raised around the race track in California. I remember pulling little rubber pellets from my hair that flew off the tires. There really is a electricity around the track! Such a great gift!

So very cool! You get the wife of the year award for sure!

Thanks, Robin! I had no idea he would love this so much but was thrilled that I had chosen wisely.:) I can now understand why the power of speed is so addictive! Lori

Thanks, Cristin.:) There are a lot of days I am certainly not in the running for that! I loved seeing his smile when he got out of the car. It was huge.:) Lori

You are the best wife ever!! So glad he loved it!

Hi Lori, this was such an amazing gift for Jeff. You are so thoughtful. I loved seeing the pictures, he really does look to be having the best time ever.
Lindsay
x

Thanks, Tristan!:) It was definitely a day to remember!;) Lori