The Revealing by Suzanne Woods Fisher 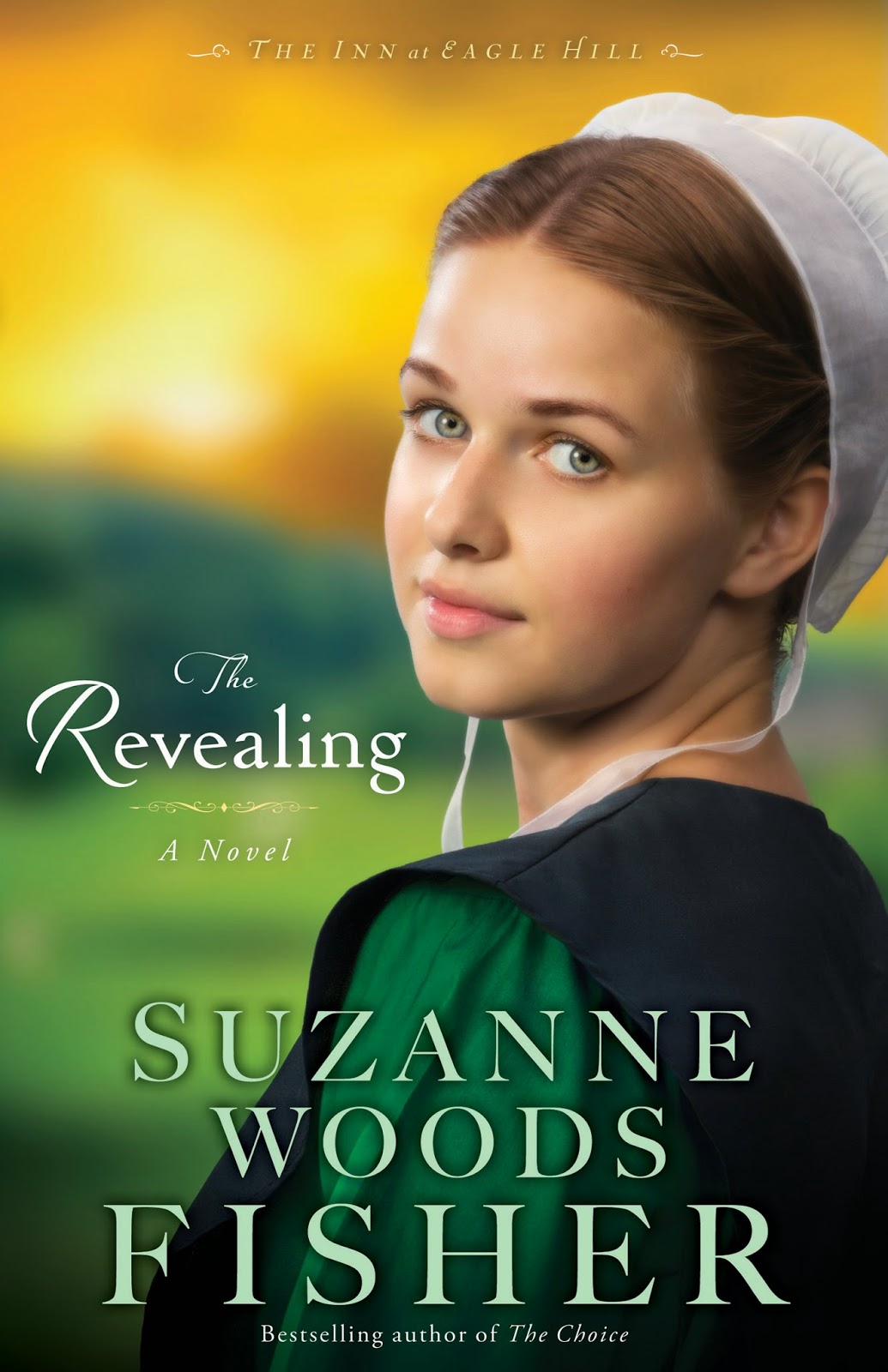 The next book in the delightfully exciting Inn at Eagle Hill series is here!  The Revealing takes us back to the cozy Amish community where the Schrock family lives and loves. Suzanne Woods Fisher continues where she left off in The Calling.  Tobe Schrock is soon to be released from jail while Naomi King secretly pines for their reunion, Rose Schrock and Galen King are making plans for a wedding while Bethany Schrock is irritated to bits because Jimmy Fisher won't do the same.  While all this is going on, a pregnant young lady appears out of the blue, a distant and very handsome cousin comes for a visit and a new guest is staying at the Inn at Eagle Hill, too.  I love how Suzanne Woods Fisher continues the story line of past characters as the story moves forward!  They are almost like family to me and I long for all of them to have a happily ever after.  Before that can happen, the horrid Jake Hertzler needs to be caught and punished and he's not done wreaking havoc yet...

I have so many favorite characters in The Revealing!  Jesse Stoltfus is an amazingly refreshing young man with a silver tongue and a never ending smile.  Mim Schrock doesn't know what to do with him!   Ahhh...  Jimmy Fisher.  Who would've ever imagined that he'd be flustered or unsure of anything??  Handsome and confident, we see another side of him in this book.  In addition, I also have a soft place in my heart for the five elderly Sisters'.  They are endearing and their antics and words make me giggle.

The Revealing is exciting, funny, delightful and served with a slice of romance!  There truly is much that is revealed in this story so sit back and enjoy every page!  I highly recommend all the books in The Inn at Eagle Hill series!  One of my favorite set of books...

In The Revealing, the riveting conclusion to the Inn at Eagle Hill series, bestselling author Suzanne Woods Fisher pulls out all the stops with a fast-paced tale of deception, revelation, and just the right dose of romance.

Suzanne is celebrating by giving away THREE iPads!

Enter today by clicking one of the icons below. But hurry, the giveaway ends on July 20th. All winners will be announced July 21st at Suzanne's blog. AND ... if you're looking for more in the Inn at Eagle Hill series, be sure to pick up the ebook novella, The Rescue, for just $1.99!

One of the major themes of The Revealing is learning to trust your intuition and instincts. These are God-given qualities that we sometimes are too timid or unsure of to act on. For a chance to win one of the 10-book prize packs, leave a comment on this blog and share about a time when your intuition or instinct saved the day—or a time you ignored it and missed an opportunity.

Don't miss a moment of the fun; enter today and be sure to visit Suzanne's blog on the 21st to see if you won one of the great prizes! (Or better yet, subscribe to her blog and have the winner announcement delivered to your inbox!)
*I was given a copy of this book by Litfuse in exchange for my honest opinion.  No other compensation was received.*
Posted by mysteryhistorymom at 11:25 PM 3 comments: 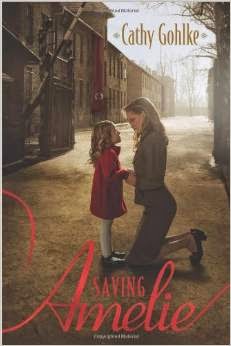 I'm always fascinated by WWII Germany.  I occasionally wonder how I would have handled living in such chaotic and frightening circumstances.  How were some people able to look away and ignore what was happening while others were capable of rising above and risking their lives to do what's right.  Saving Amelie is a story of heroes and villains, secrets, experiments, Nazis and a little deaf girl disguised as a boy.  I was horrified to read of exterminations carried out on "defective" children.  The Nazis told parents they were giving them extra assistance and then the child would soon disappear.  Unbelievable but true.  The story begins with two friends who, over the years, have drifted apart.  They meet again in Germany and Amelie's mother begs her friend, Rachel Kramer, to take her daughter and raise her.  She fears for both her life and her child's...  Rachel feels that her friend isn't well at first but quickly discovers that the fear is all too real.  Promising to help Amelie, she seeks the help of Jason Young, a journalist.  The terrifying part of the story is that SS officer Gerhardt Schlick, Amelie's father, is the one planning for Amelie's demise.  He's a horrid character.  Cathy Gohlke, the author, does an incredible job conveying the terror he projects to the people around him.  As the story unfolds, Rachel Kramer discovers that her adoptive parents had plans for her that began long ago.  The life she thought she had soon turns into a nightmare and Amelie is not the only one in hiding...

I really enjoyed Saving Amelie.  It educated, entertained, and made me think- all qualities that turn a good story into a great book.  Cathy Gohlke always allows the Lord to shine in her books- even in the midst of a terrible war.  Saving Amelie will stay with you a long time after you read it...

Increasingly wary of her father’s genetic research, Rachel Kramer has determined that this trip with him to Germany—in the summer of 1939—will be her last. But a cryptic letter from her estranged friend, begging Rachel for help, changes everything. Married to SS officer Gerhardt Schlick, Kristine sees the dark tides turning and fears her husband views their daughter, Amelie, deaf since birth, as a blight on his Aryan bloodline.Once courted by Schlick, Rachel knows he’s as dangerous as the swastikas that hang like ebony spiders from every government building in Berlin. She fears her father’s files may hold answers about Hitler’s plans for others, like Amelie, whom the regime deems “unworthy of life.” She risks searching his classified documents only to uncover shocking secrets about her own history and a family she’s never known.
Now hunted by the SS, Rachel turns to Jason Young—a driven, disarming American journalist and unlikely ally—who connects her to the resistance and to controversial theologian Dietrich Bonhoeffer. Forced into hiding, Rachel’s every ideal is challenged as she and Jason walk a knife’s edge, risking their lives—and asking others to do the same—for those they barely know but come to love.

*I was given a copy of this book by Tyndale in exchange for my honest opinion.  No other compensation was received.*
Posted by mysteryhistorymom at 11:49 PM 4 comments: