A female bodyguard plus her star NFL client plus danger equals a great recipe for romance! Her One and Only, book four in Becky Wade's Porter Family novels, releases May 3. To celebrate, Becky is hosting an author chat party on her Facebook page on May 5 at 5 PM PDT/8 PM EDT. Join Becky for an evening of book chat with other bookworms and prizes.
Plus a portion of all pre-sales and sales the release week of Her One and Only will be donated to the Intrepid Fallen Heroes Fund. For more details on how to purchase a copy, click here.

About the BookAfter ten years in the NFL, super star Gray Fowler is accustomed to obsessive fans. But when Gray starts receiving death threats from a stalker, his team hires an executive protection agency to guard him until the culprit is caught. Dealing with bodyguards 24/7 is a headache, especially when one of them is a young, beautiful woman. How can a female half his size possibly protect him better than he can protect himself?

Dru Porter is a former Marine, an expert markswoman, and a black belt–none of which saved her from disaster on her last assignment. In order to rebuild her tarnished reputation, she’s determined to find Gray’s stalker and, since relationships between agents and clients are forbidden, avoid a romantic attachment between herself and the rugged football player with the mysterious past.

Yet every secret that leads Dru closer to the stalker also draws her closer to Gray. As the danger escalates, they’ll survive only if they can learn to trust their lives — and their hearts — to one another.

Learn more and purchase a copy.
Posted by mysteryhistorymom at 2:25 PM No comments: 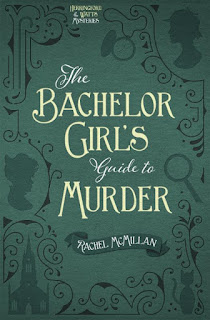 Posted by mysteryhistorymom at 7:42 PM No comments: 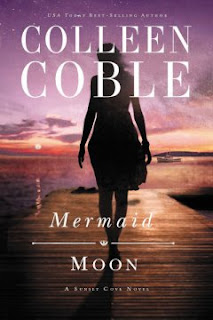 Mermaid Moon is the second book in the Sunset Cove series written by Colleen Coble. It can be easily read independently from the first book but the author does allow us to visit characters from The Inn at Ocean's Edge. Mystery, romance, and adventure are all a part of this story and I have to admit I was guessing until the very end. The story is quite exciting with lots of surprises and secrets. One of the major focuses of the story is on forgiveness. The past haunts the main characters, Mallory Davis and Kevin O'Connor, and they struggle with forgiving themselves as well moving on with their lives. I was touched by their stories yet I had a difficult time believing their relationship. Their dialogue was a bit forced and cliched and I failed to care very much about them. While I did enjoy the mystery, the location of the story (Maine!), and the supporting characters I was not as enamored of this book as I am with other Colleen Coble's books. It would be a fun beach read, though, as it's easy to get into and I loved reading the continuing story of characters from The Inn at Ocean's Edge.

Mallory’s mother died fifteen years ago. But her father’s last words on the phone were unmistakable: “Find . . . mother.”
Shame and confusion have kept Mallory Davis from her home for the last fifteen years, but when her dad mysteriously dies on his mail boat route, she doesn’t have any choice but to go back to Mermaid Point.
Mallory believes her father was murdered and childhood sweetheart Kevin O’Connor, game warden in Downeast Maine, confirms her suspicions. But Kevin is wary of helping Mallory in her search. She broke his heart and left—without a word—years ago.
When Mallory begins receiving threats on her own life—and her beloved teenage daughter, Haylie—their search intensifies. There’s a tangled web within the supposed murder, and it involves much more than what meets the eye.
As answers begin to fall into place, Mallory realizes her search is about more than finding her father’s killer—it is also about finding herself again . . . and possibly about healing what was broken so long ago with Kevin. She just has to stay alive long enough to put all the pieces together.
*I was given this book by Book Look Bloggers in exchange for my honest opinion.  No other compensation was received.*

Posted by mysteryhistorymom at 10:21 PM No comments: