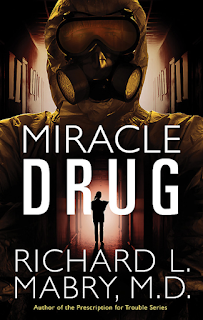 Miracle Drug is a fast paced medical thriller involving a mysteriously evolving infection, a former U.S. president and a doctor compelled to place his faith in God when pushed to the limit of his own abilities.  It's a wildly entertaining rush of adrenalin! I really enjoy how Richard Mabry uses his medical expertise (the author is a retired physician) to educate and entertain his readers. His characters are well developed and a pleasure to read about. I particularly relished the powerfully capable Karen Marks- no one gets in her way! I also loved the vulnerability shown by Dr. Josh Pearson- a knowledgeable doctor that wears his heart on his sleeve. Miracle Drug is just what the doctor ordered for a chilly night by the fire.

Overcoming these odds will take more than a miracle drug---it will take a miracle.

The infection wasn't supposed to happen, but it did. The treatment was supposed to take care of it, but it didn't. Then Dr. Josh Pearson discovers why---his patients, including the former President of the United States, have been dosed with a different strain of the original virus, one that is universally fatal. The only chance for survival is treatment with an experimental drug, but the manufacturer might already have discarded its supply.

As if treating the President of the United States isn't stressful enough, the situation goes from bad to worse when Rachel Moore, a nurse Josh is falling in love with, falls ill. With the nation's eyes on him, Josh must pull off a miracle to save a man who holds a good deal of power and the woman who holds his heart. 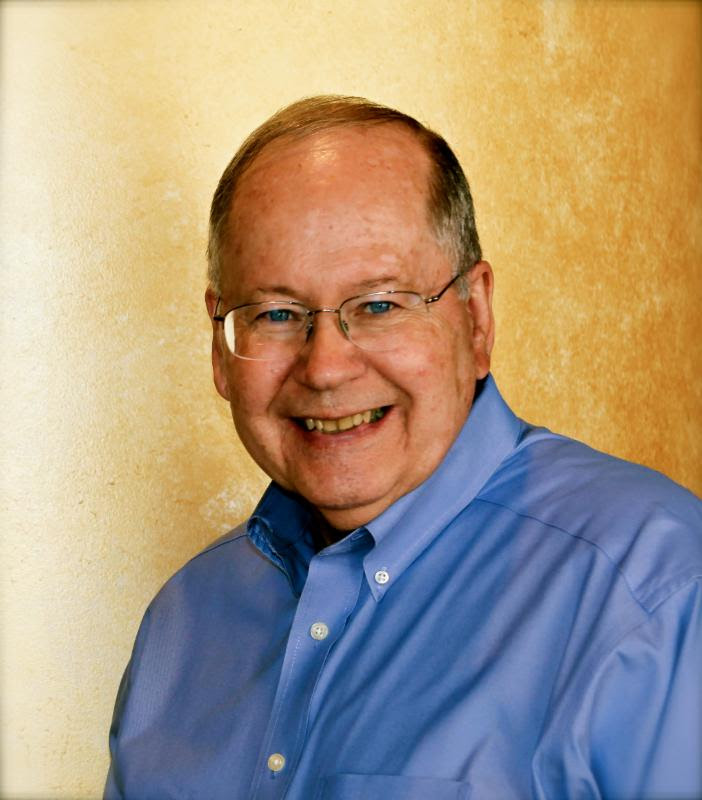 About the author:
Dr. Richard Mabry is a retired physician who writes "medical suspense with heart." His novels have won multiple awards: a semifinalist for International Thriller Writers' debut novel; finalists for the Carol Award, Inspirational Reader's Choice Award, and Romantic Times' Reader's Choice Award; and both finalist and winner of the Selah Award. "Miracle Drug" is his ninth published novel. He and his wife live in Frisco, Texas. 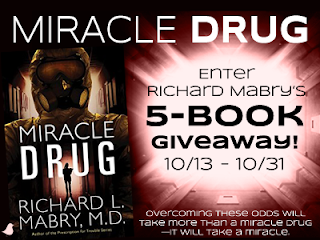 Richard Mabry’s new fast-paced medical drama, Miracle Drug, will keep you turning pages until you find out if the experimental drug can cure the fatal disease the former President of the United States has contracted. The situation goes from bad to worse when Rachel Moore, a nurse Dr. Josh Pearson is falling in love with, falls ill. With the nation’s eyes on him, Josh must pull off a miracle to save a man who holds a good deal of power and the woman who holds his heart.
Enter to win a copy of Miracle Drug—five winners will be chosen! Click the image above to enter to win. The winners will be announced November 2 on Richard’s blog!
*I received a copy of this book from Litfuse in exchange for my honest opinion. No other compensation was given.*
Posted by mysteryhistorymom at 8:53 PM