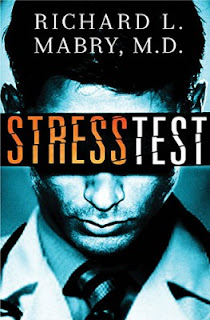 Stress Test grabbed a hold of me and held on tight from the first page to the very last.  It's an entertaining combination of mystery and drama spiked with a bit of romance and a touch of inspiring faith.  I often review books written particularly for women, but Stress Test is a book both men and women would enjoy- it's a rush of pulse pounding excitement!  The author, Dr. Richard L. Mabry, uses his medical expertise and masterfully weaves it into the story.  Much of the book takes place in the ER which is fascinating.  The main character, Dr. Matt Newman, is a likable and believable character and this goes for Sandra Murray, his attorney, as well.  God brings them together under the toughest of circumstances when Matt loses almost everything.  Not only is he kidnapped and accused of murder- he  suffers a brain injury and almost dies.  Believe it or not, that is just the beginning!  Matt Newman struggles to figure out why people are trying to kill him and why he's being accused of murder- before it's too late.  I anxiously read this book in 2 days, eager to discover the answers.  Thoroughly enjoyable!  I can't wait to read more medical suspense masterpieces by Richard L. Mabry, M.D..

They may not have enough evidence to convict him, but they have enough to ruin his life.
Dr. Matt Newman thought he was leaving his life in private practice for a better one in academic medicine. But the kidnappers who attacked him as he left his last shift in the ER have no such plans—they just want him dead. Bound and in the trunk of his car, Matt’s only thought is escape. He does so, but at a price: a head injury that lands him in the ICU . . . where he awakens to discover he’s being charged with murder.
Sandra Murray is a fiery, redheaded lawyer who swore she was done with doctors. But when Matt calls, she knows she can’t walk away from defending someone who is truly innocent.
Matt’s career is going down the drain. His freedom and perhaps his life may be next. But with the police convinced he’s a murderer and the kidnappers still trying to finish what they started, finding the truth—and the faith to keep going—will be the toughest stress test Matt has ever endured.
Purchase a copy here. 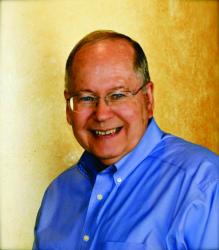 Meet Richard: A retired physician, Dr. Richard Mabry is the author of four critically acclaimed novels of medical suspense. His previous works have been finalists for the Carol Award and Romantic Times Reader's Choice Award, and have won the Selah Award. He is a past Vice-President of American Christian Fiction Writers and a member of the International Thriller Writers. He and his wife live in North Texas.
Learn more about Richard at: http://www.rmabry.com

Richard Mabry is celebrating the release of Stress Test with a Nook HD Giveaway! Enter today.

Enter today by clicking one of the icons below. But hurry, the giveaway ends on April 27th. Winner will be announced on 4/29/13 at Richard's blog.

*I was given a copy of this book from Litfuse Publications in exchange for my honest opinion. No other compensation was received.*
Posted by mysteryhistorymom at 8:42 PM

Lori, Thanks so much for the review and your kind words. Glad you enjoyed Stress Test, and hope the readers of your blog do, as well.
For those not familiar with my novels, and who have an e-reader (or the free utility on their computer), I understand the e-book forms of all my Prescription For Trouble novels of medical suspense are on sale for less than $4 on Amazon, B&N, and CBD.com through Friday.
Thanks again.